You are here: Home / DS Dodgers Showcase Teams / 12U Dodgers 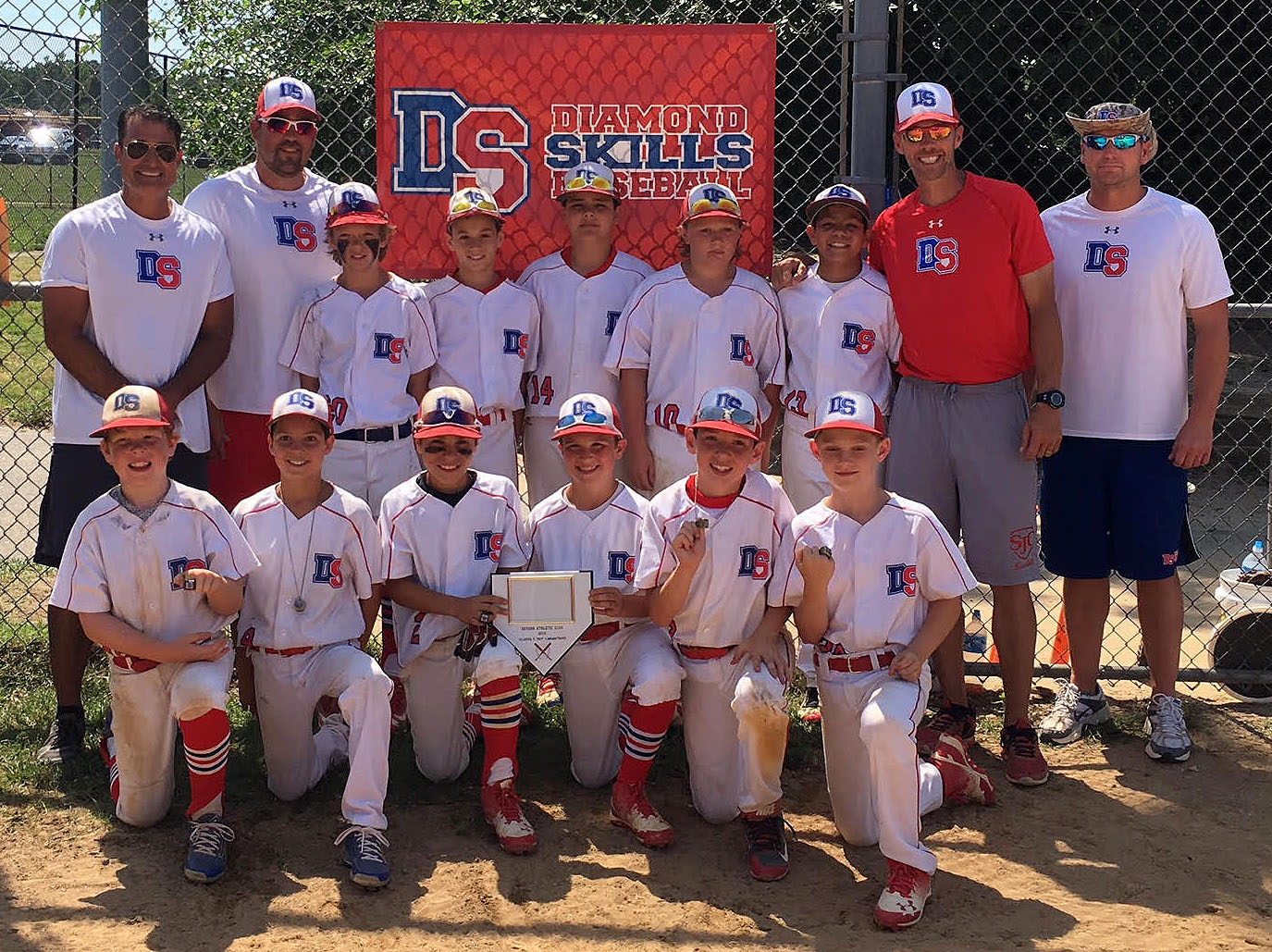 We believe in building a competitive team within the overarching goal of player development. Players are expected to work hard, hustle, support their teammates and most importantly have fun doing it.

The teaching philosophy of Diamond Skills Baseball is central to the Dodgers player development plan. This philosophy is taught to the 600 elite junior high and high school players who attend one of our 3 yearly baseball camps. It has helped hundreds of DSB alumni into high school, college and professional baseball as well as the Major Leagues. This philosophy is on display each spring when the baseball teams at St. John’s High School and Georgetown Prep High School take the field. The success of these programs: (St. John’s – Washington Post Top 10 in 10 of last 11 years, Nationally ranked in 10 of last 11 years and WCAC regular season or tournament champions 9 of last 11 years; Georgetown Prep (has won 6 of the last 7 IAC titles including 5 straight times from 2011 to 2015) demonstrates that learning, working and developing the core principles of the DSB philosophy will lead to a higher level of performance on the field. If you are interested in becoming a ‘Dodger’ please contact us at
diamondskillsinfo@gmail.com

•  Hitting and outfield coach for 3 years at St. John’s High School
•  Helped put 18 players into college baseball at some of the top programs in the nation including perennial College World Series
•  participants, the University of Virginia and the University of North Carolina
•  Helped the Cadets win 1 regular season Washington Catholic Athletic Conference (WCAC) championship and 1 WCAC tournament championship